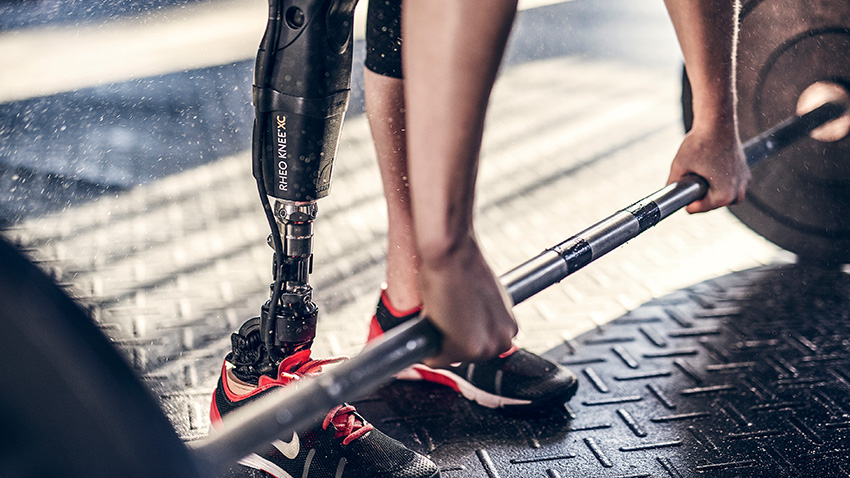 Icelandic company Össur, engaged in bioengineering, as well as the development, production and sale of various orthopedic products and prostheses, announced the successful creation of a bony leg prosthesis, controlled by the human brain. The new technology uses special implantable sensors that send wireless signals to the microcomputer built into the artificial limb, allowing the person to control it almost at the subconscious level, providing a quick and natural response and movement.


Prostheses, controlled by muscle impulses, appeared in the late 1960s, but this technology still has a number of limitations. The principle of its operation is based on the installation and use on the skin of special sensors that capture electrical discharges and allow them to control, for example, an artificial hand. The problem is that these sensors capture the electrical impulses of not one single muscle, but all at once. This, in turn, reduces the productivity of the artificial limb and requires a person of great practice to properly manage the prosthesis. In addition, such prostheses are very slow, uncomfortable, inaccurate and, in the end, completely unlike natural limbs.
One solution to this issue may be the use of more accurate sensors that allow the prosthesis to be controlled by the power of human thought. This method has already shown some successful results in the case of upper limb prostheses, but with the lower limbs, the successes did not look rosy at all.

The problem lies in the fact that it is possible to control the upper artificial prostheses more consciously than the lower ones. We use our hands to take something, lift it up or screw it up. In other words, we are doing more coordinated actions. However, we use legs for walking, and we control them less consciously, in fact at the level of reflexes, which are sent as commands to the spinal and not to the brain.

For example, when we put socks on our feet, we do not think about all those complex series of movements that are being performed at this moment. We just stretch socks under the influence of intuition and according to our reflexes. The legs in this case themselves do what they have to do. However, without this automatic control by our neuromuscular system, even ordinary overstepping through the threshold will be perceived by us every time as a great achievement.

The new technology of Össur control of the lower artificial limbs is designed taking into account the compatibility with the line of its bionic prostheses of the feet, knees and legs as a whole. These computerized "smart artificial limbs" are able in real time to independently understand the need for certain settings to ensure maximum comfort, speed and efficiency of use for a particular surface.
The basis of the management system for such a prosthesis is the implantable myoelectric sensors (IMES) implanted in the prosthetic limb, developed by the Alfred Mann Foundation. By the size of a match, these sensors are implanted into certain remaining muscles in the stump. The special receiver located in the prosthesis receives the impulses transmitted to the sensor by the muscles and wirelessly transfers them to the microcomputer of the prosthesis. In this case, the whole artificial limb system acts as one single cybernetic implant, the signals to which are fed by the spinal cord. As a result, a person does not need to consciously perform certain actions to control an artificial limb. The prosthesis is controlled almost at a subconscious level. 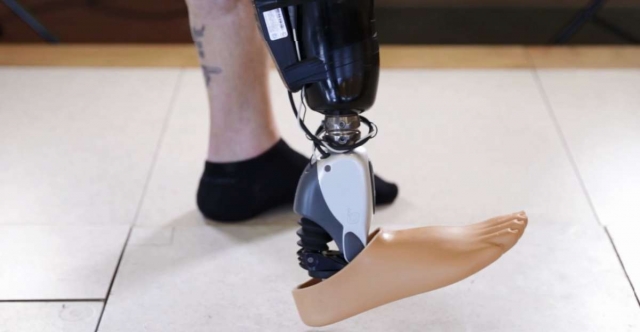 Today's prosthetics is of great help to people who, accidentally or as a result of a disease, have lost a limb.

The newest generation of these devices promises to offer much more realism and more features. In May 2015, the manufacturer Ossur at a press conference in Copenhagen introduced a bony leg prosthesis based on the technology of an implanted myoelectric sensor (IMES), a prosthesis with a motorized ankle with battery power. Movement of the prosthesis can be simply controlled by the brain. In fact, it's a wearable robot, with algorithms and sensors that automatically adjust the angle of the foot at different points in the user's step.

When an electrical impulse from his brain reaches the base of his foot, a pair of sensors built into his muscular tissue connects the neural points and transmits this signal over the wireless network to the prosthesis. Since the team reaches the leg before the user's residual muscles actually contract, there is no unnatural lag between intent and action.

At present, large-scale clinical trials are being conducted in the hope of entering the market in the coming years. 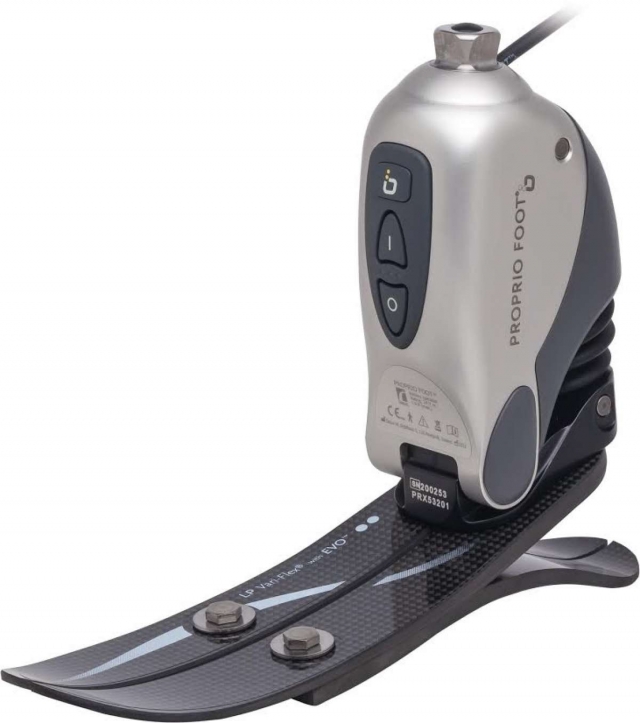 In addition to the proposed movements, which are almost as realistic as natural ones, IMES prosthetics can help a person to prevent atrophy of the muscles of the affected limb.