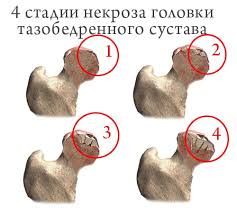 Aseptic necrosis of the femoral head

The articular cartilage has a very smooth, slippery surface, and its thickness in the hip joint reaches 0.5-0.6 cm. The function of the articular cartilage is to reduce friction when moving in the joint and absorbing shock loads. The head of the femur is supplied with a single artery that passes through the neck of the femur. In connection with the absence of collateral circulation, blood supply to the head of the femur is impaired when the blood flow is stopped in this artery. As a result, necrosis (necrosis) of the femoral head develops. Necrosis leads to a deterioration in the mechanical properties of bone tissue. Bone is not a "frozen" structure. In bone tissue, the bone beams are constantly being destroyed and regenerative processes are simultaneously taking place.

The cessation of recovery processes due to a lack of oxygen and nutrients leads to a rapid deterioration of the mechanical properties of bone tissue. As a result, under the influence of mechanical loads, the necrotic portion of the bone collapses (shrinks). When the AN develops, the head of the femur changes: it flattenes in the region of maximum gravity. As a result, congruence (articulation) of articular surfaces in the hip joint is violated, which leads to an increase in internal load during joint operation and rapid wear of articular cartilage. The outcome of AN is the development of osteoarthrosis - a degenerative joint disease, accompanied by pain and a violation of its function. 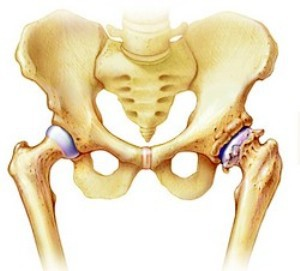 The intake of certain medicines can also contribute to the development of the AS. Most often, the AN develops on the background of long-term administration of high doses of glucocorticoid hormones for severe rheumatic diseases, bronchial asthma, etc. It is shown that treatment with short courses of hormonal preparations does not increase the risk of development of the AN of the head of the femur. It is also safe in this respect to single or double intraarticular or periarticular administration of hormonal drugs in the treatment of osteoarthritis, bursitis, tendonitis and other inflammatory diseases of the musculoskeletal system. A clear correlation between the excessive intake of alcohol and the frequency of development of the AN is traced. Alcohol contributes to damage to the blood vessels, which can lead to the development of ischemia of the head of the femur and the development of its necrosis. An increased frequency of development of AS is noted in individuals whose professional activity is associated with high pressure (divers, miners). If the decompression mode is incorrect, small air bubbles form in the blood, which can clog and damage blood vessels, including leading to a violation of blood flow along the artery of the femoral head.

The first symptom of AN is pain in the hip joint area, which occurs when the body weight is transferred to the "aching" leg. Pain can spread to the inguinal, gluteal region, irradiate (give off) on the front surface of the thigh. With the progression of the disease, lameness and disruption of the function (mobility) of the joint appear. In the late stages of pain can persist and at rest, contribute to sleep disturbance.

Diagnosis Diagnosis of AN begins with the study of patient complaints, the history of the disease and physical examination. The doctor will ask you about the presence of chronic diseases, taking medications, about occupational hazards. A possible question will be asked about alcohol abuse. Physical examination includes examination, palpation of the joint and the study of its function (angle of withdrawal, limb flexion, etc.). To clarify and confirm the diagnosis it is necessary to conduct additional laboratory and instrumental methods of examination.

On the X-ray patterns, the AS region of the femoral head is determined, as a rule, with a sufficient duration of the disease. In the early stages of the disease, radiologic examination of pathological changes in the bone may not be determined, even though the patient may already be disturbed by severe pain in the joint. In the late stages of AN, osteoarthritis joins, and it can be difficult to determine which of these diseases causes the symptoms most commonly observed in the patient.

In the absence of pathological changes on radiographs, a doctor can prescribe a radioisotope scan to clarify the diagnosis. With this technique, a drug containing a radioactive element (radiopharmaceutical) is introduced into the patient's body. After a few hours with the help of a special gamma camera, radioactivity is registered in the human body. In connection with the lack of blood flow in the head of the femur, this zone on the scintigram (the image obtained by scintigraphy) is presented as a "cold" spot, since it does not accumulate the radiopharmaceutical. After the appearance in the clinical practice of magnetic resonance imaging, the frequency of the assignment of radioisotope scanning for the diagnosis of AS was significantly reduced.

The tactics of treating AN are determined by the stage of the disease and the severity of clinical symptoms. At present, the effectiveness of drugs aimed at restoring blood circulation in the artery of the femoral head has not been proven. While pain can be effectively controlled by the appointment of analgesic and anti-inflammatory drugs, surgical treatment is usually not required. Although in some cases, if the head of the hip does not collapse, the surgeon can offer an operation aimed at increasing the blood supply to the femoral head. There are several options for such operations.

1. Decompression of the head of the femur.

The principle of this simple operation is to drill one or more channels passing through the neck into the head of the thigh, directly into the zone where there is no blood flow. This operation has two objectives:

2) reduce intraosseous pressure inside the femoral head and thereby contribute to reducing pain in patients with AS. 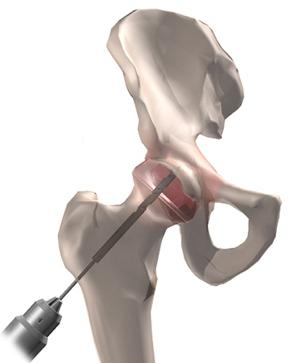 This operation is made through a very small incision on the lateral surface of the thigh under the control of an electron-optical converter (image intensifier). The EOP is a mobile digital X-ray machine that allows you to obtain bone images on the display screen directly during the operation. After decompression of the femoral head, the patient should use crutches for 6 weeks. This recommendation is due to the fact that reaming channels leads to a temporary decrease in the mechanical strength of the femoral neck, which increases the risk of fracture.

2. Transplanting the autograft from the fibula This is more complex operation that aims to increase blood flow in the ischemic head of the femur. Its principle consists in transplanting a piece of fibula on the vascular pedicle into the head and neck of the thigh. As a result, the ischemic head of the femur receives additional blood supply from the vessels of the bone graft. In addition, the graft mechanically strengthens the femoral head, preventing its further collapsing. This operation is made quite rarely due to its high complexity. The positive effect of the operation is not observed in all patients because of the thrombosis of the vessels feeding the bone graft.

3. Endoprostheses of the hip joint. In the late stages of aseptic necrosis in patients develop degenerative joint damage - osteoarthritis. In these cases, the endoprosthesis of the hip joint is shown to reduce the pain syndrome and improve the function of the joint. 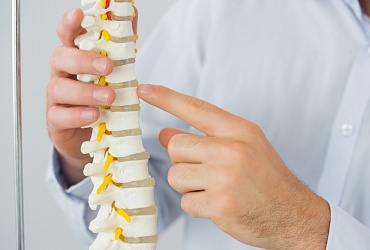 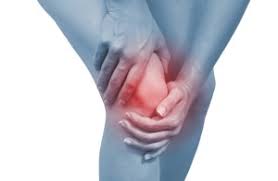 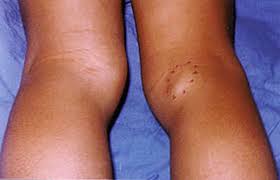